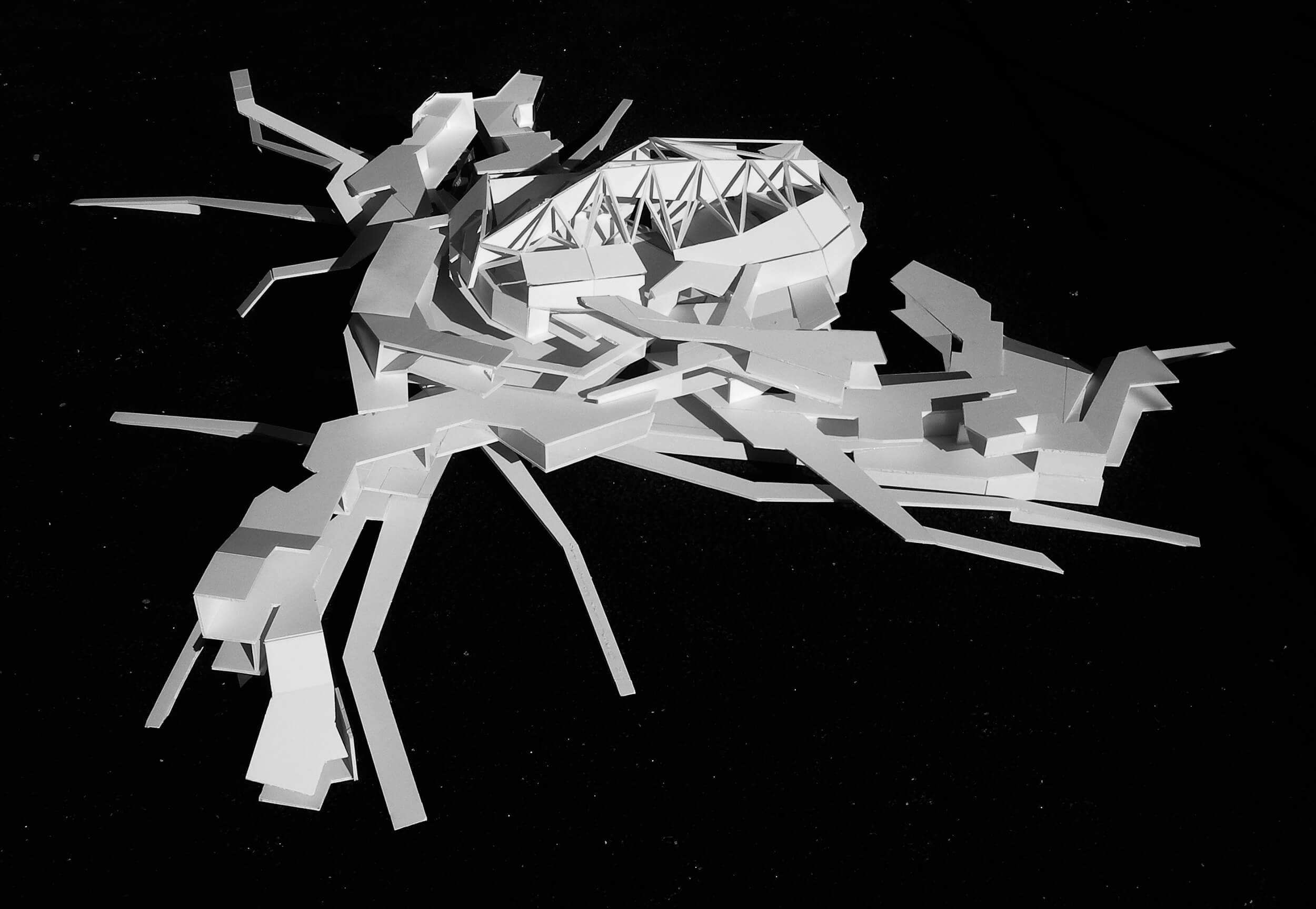 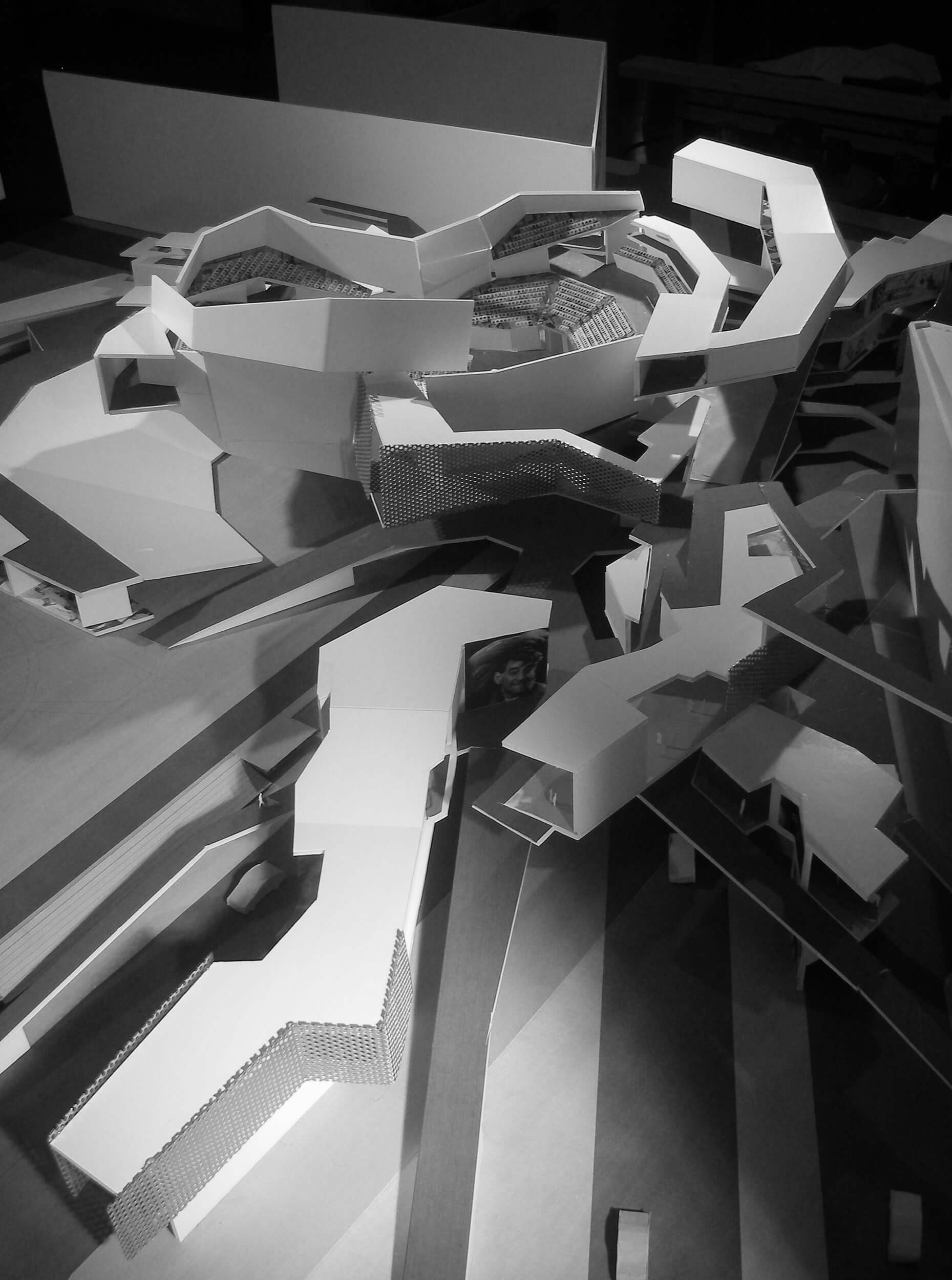 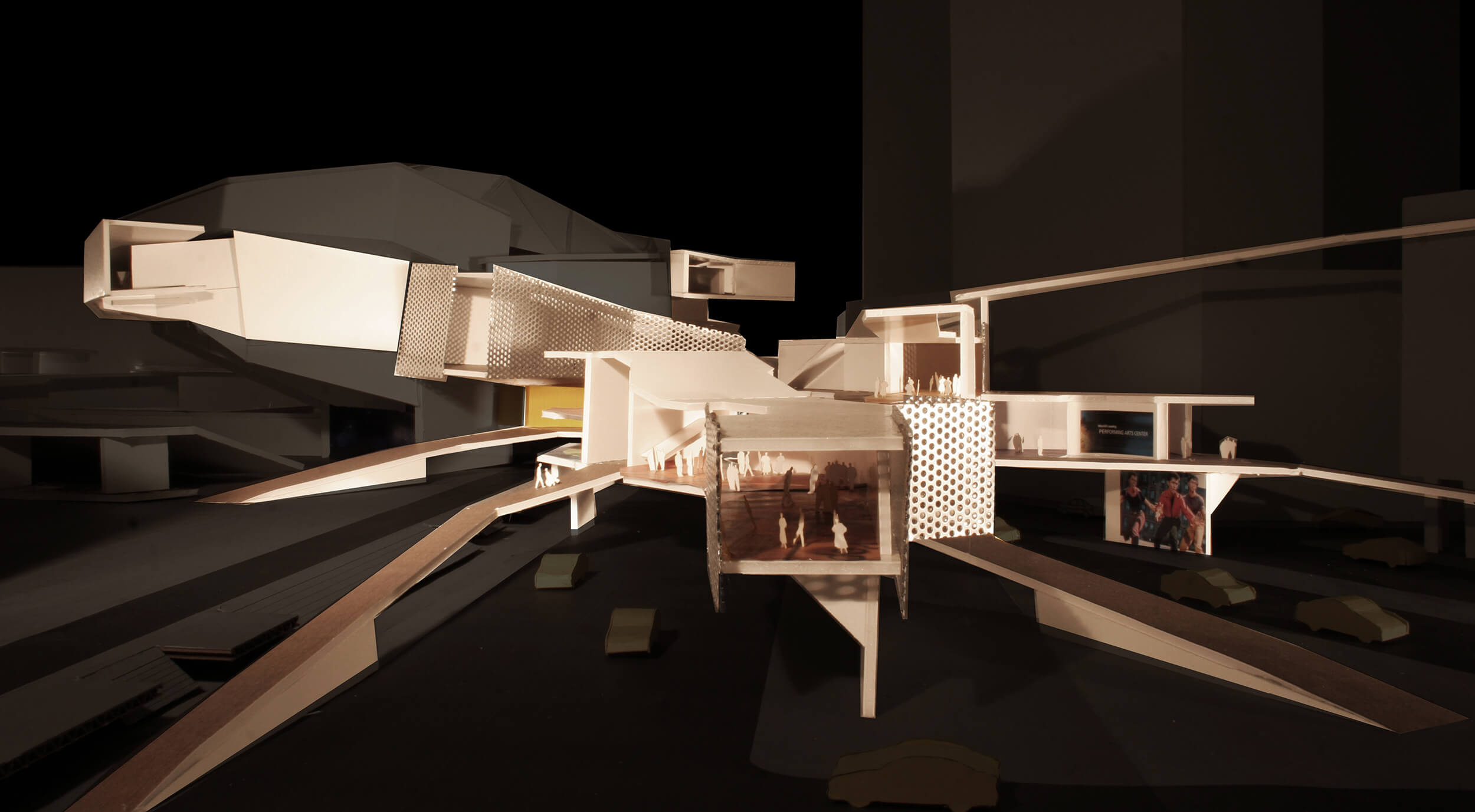 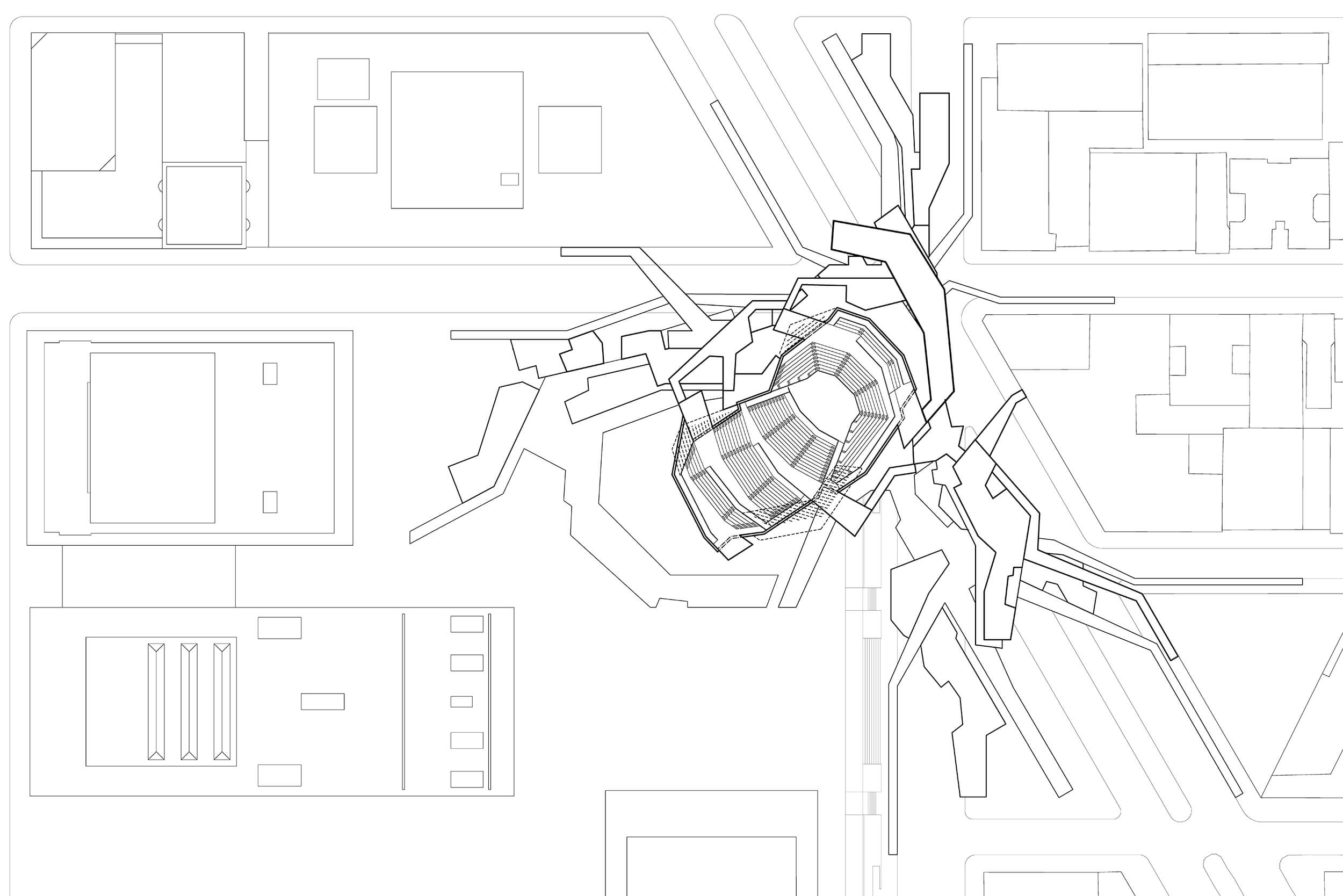 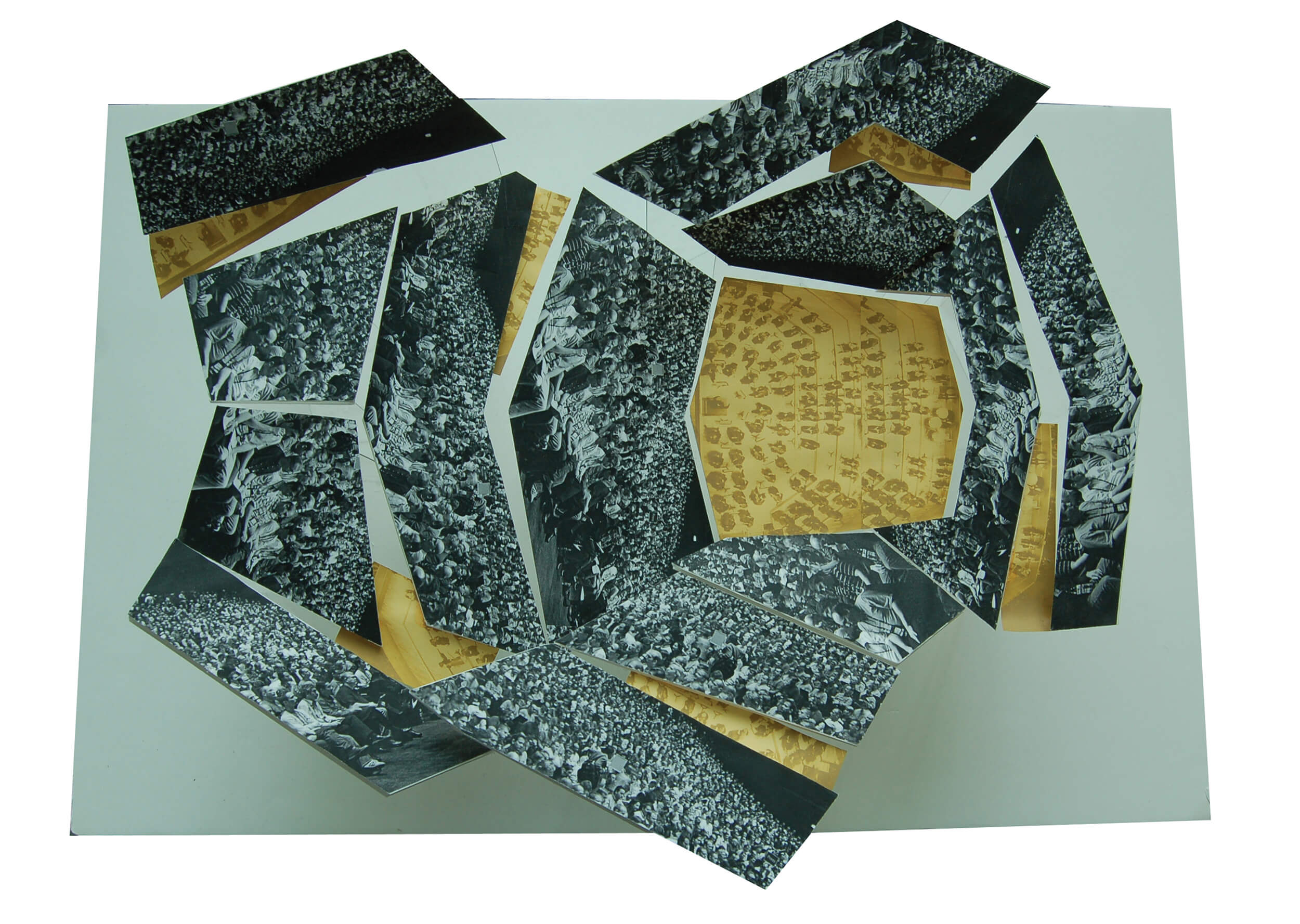 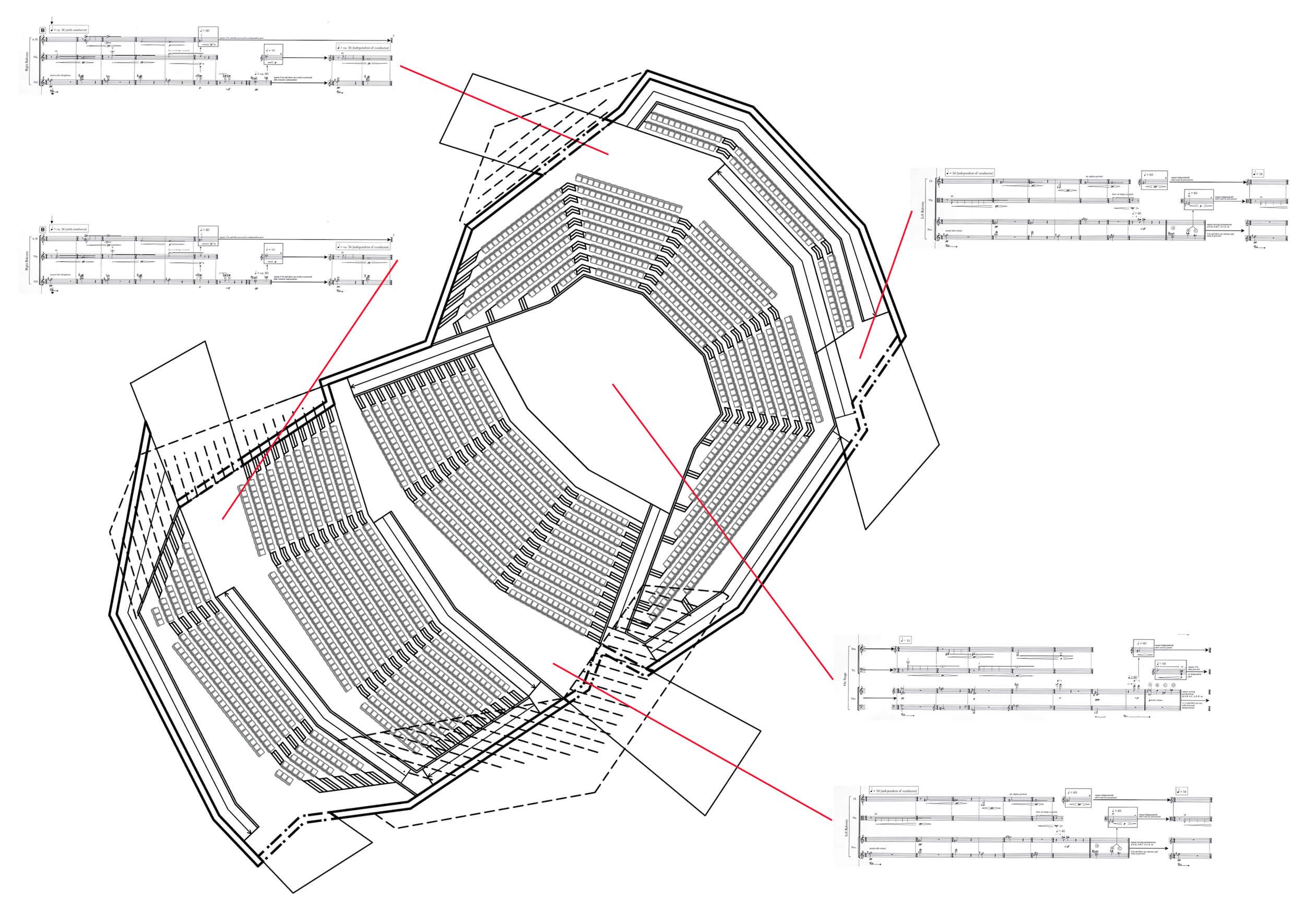 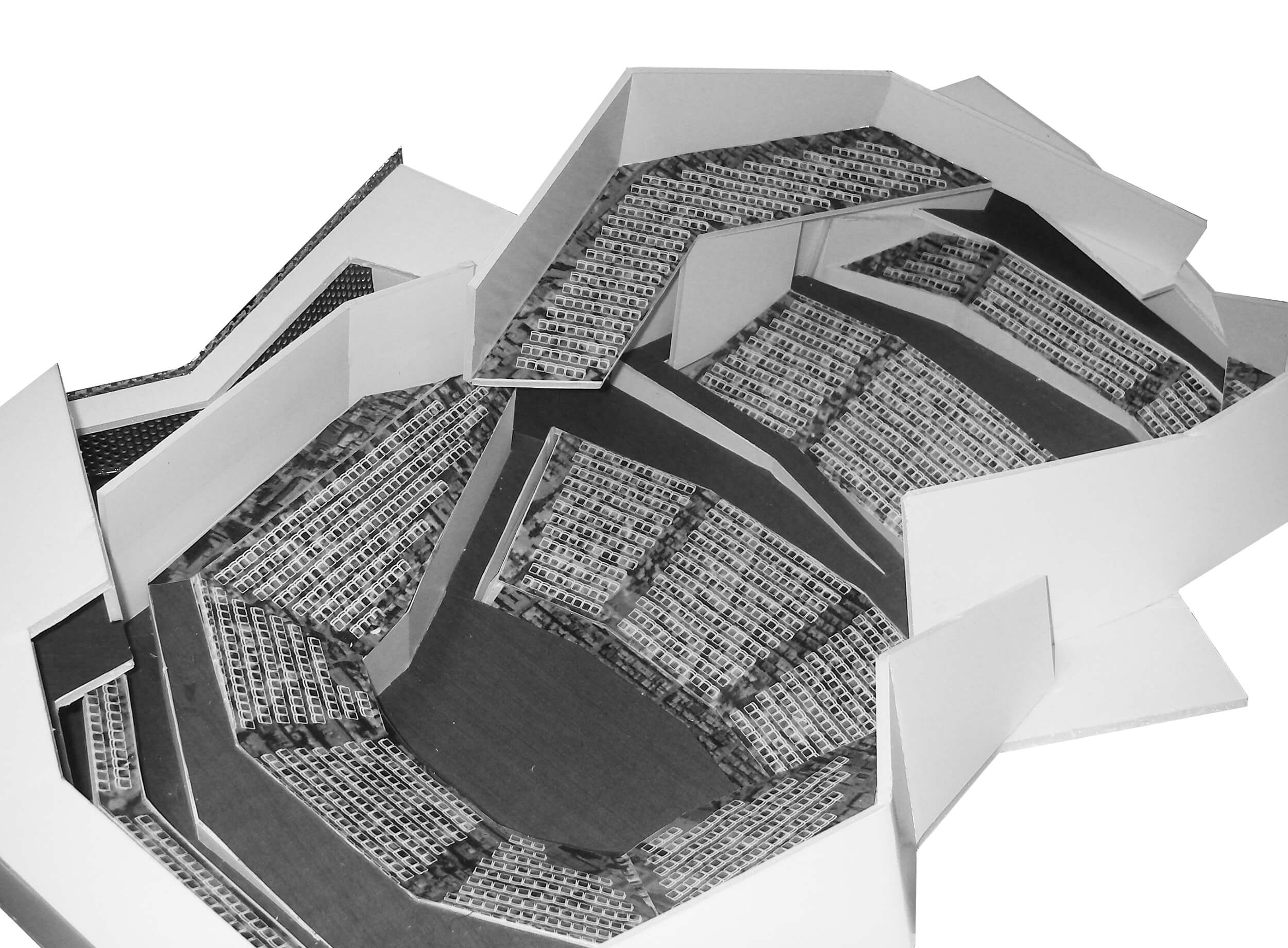 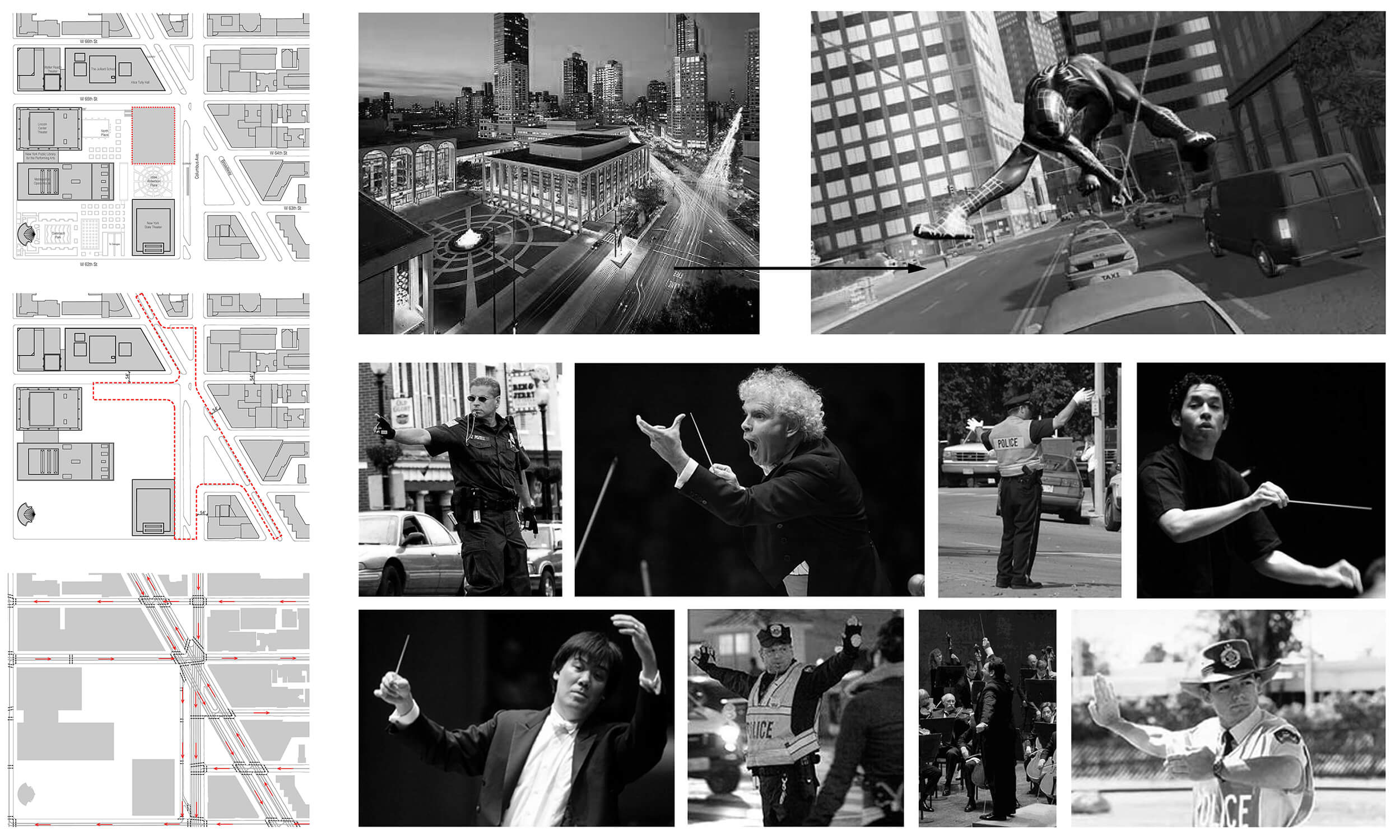 Avery Fisher is a prisoner of Lincoln Center.  Classical music is held captive in a box only a few get to enjoy.  Avery Fisher needs to explode and let music flow through the streets touching everything and everyone on its way.

This is a proposal that takes advantage of a problematic pedestrian crossing -the bow tie generated by the intersection of Broadway and Columbus Avenue- and turns it into a place with various layers in which the architectural program of a cultural institution intensely interacts passersby and neighboring buildings. The project floats over streets and connects sidewalks through cycling and pedestrian ramps, increasing the amount of active facades.  Vehicles still circulate under the building.

Movement and circulation are also explored within the concert hall and question the traditional relationship between stage and audience.  The proposal includes scattered smaller stages that are connected to the main stage by widened circulation ramps. Music can therefore happen in different parts of the hall and even move during a performance. While these are ideas currently explored in contemporary cinema, inspiration also comes from it also borrows inspiration from Classical musical performance is inspired by the spatial experience of music in baroque churches.

During the design process, a collaboration with composer Christopher Cerrone from the Yale School of Music was developed and his piece for multiple stages, Reading a Wave, was adapted to the project.