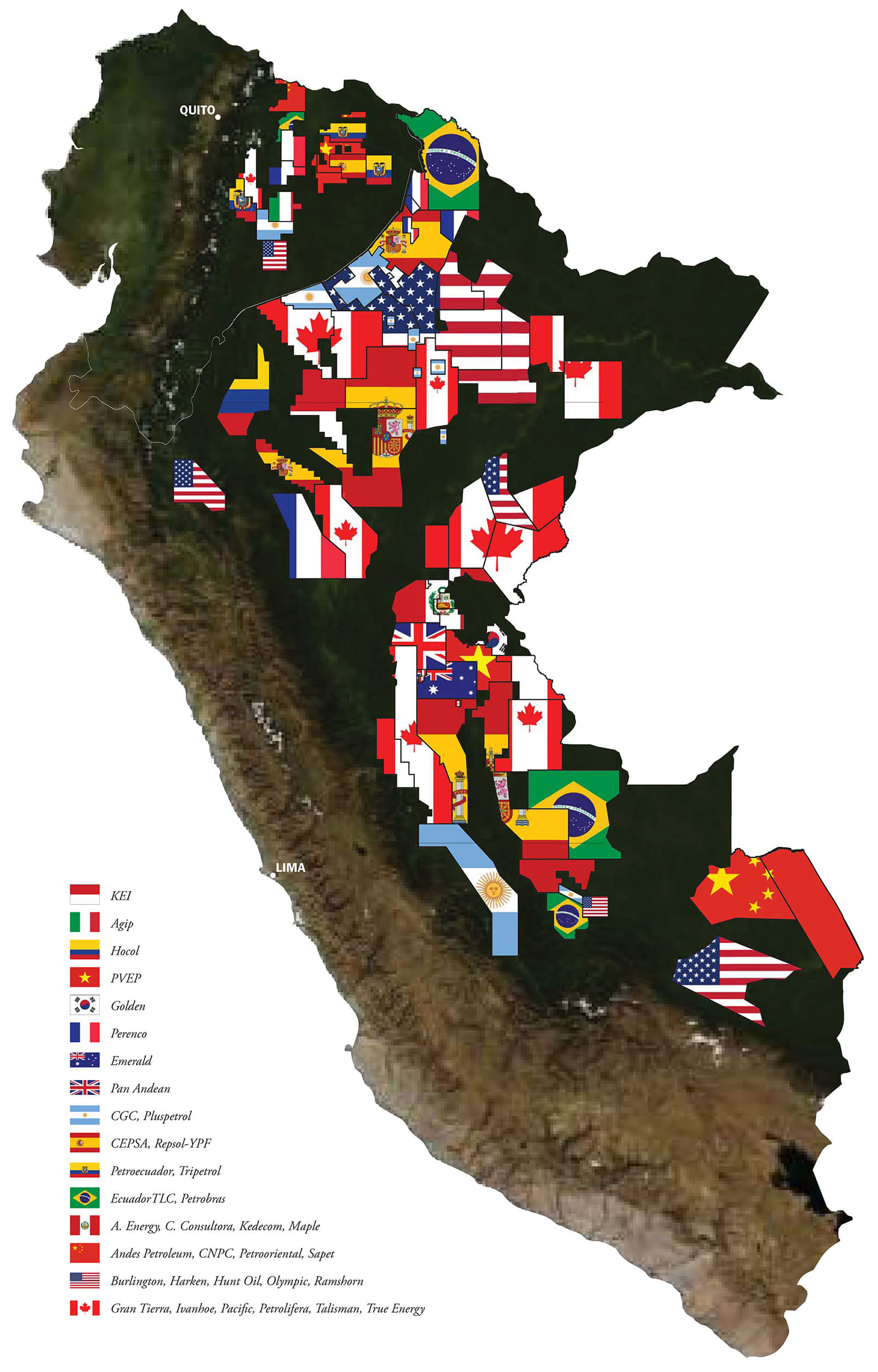 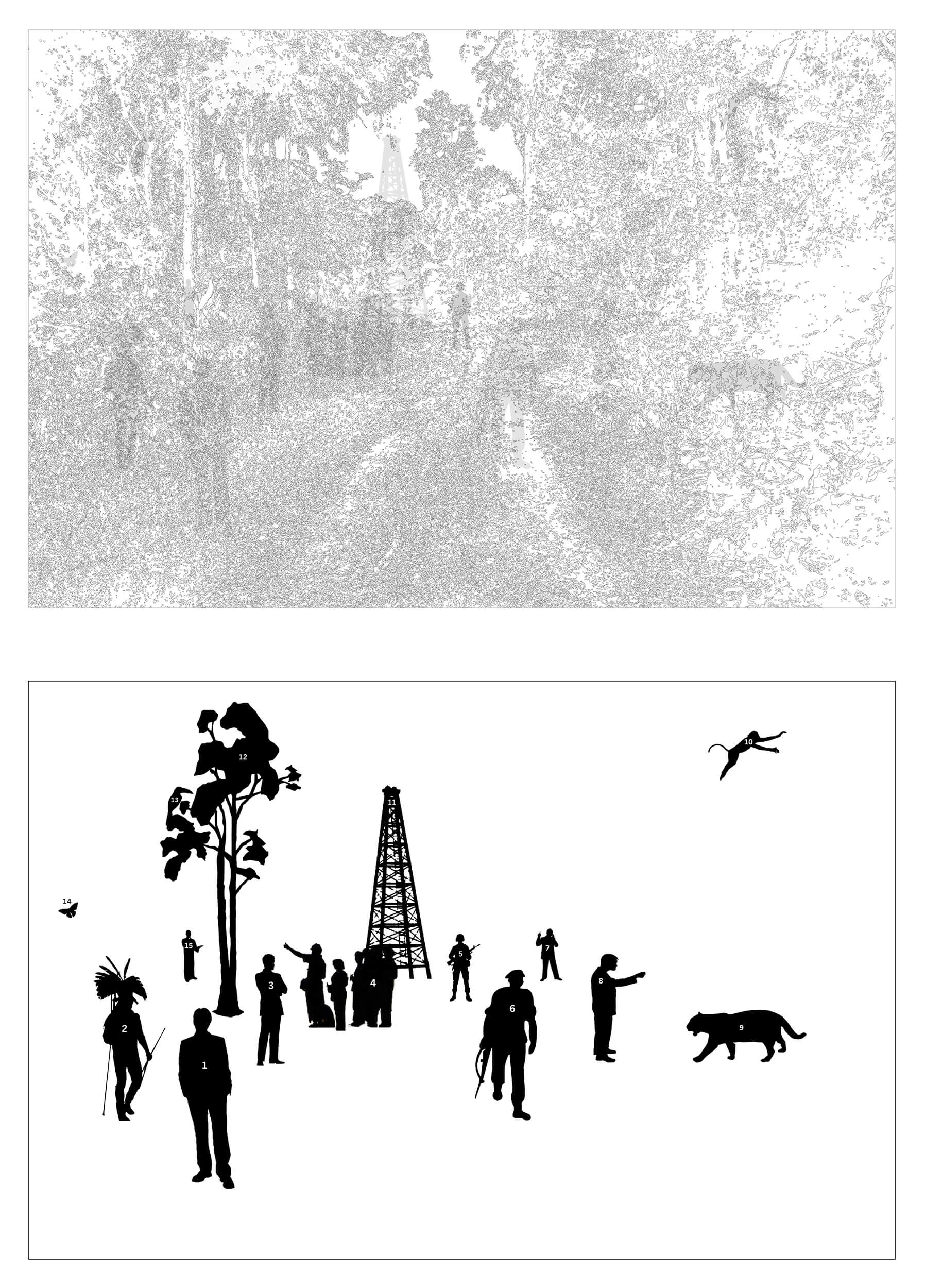 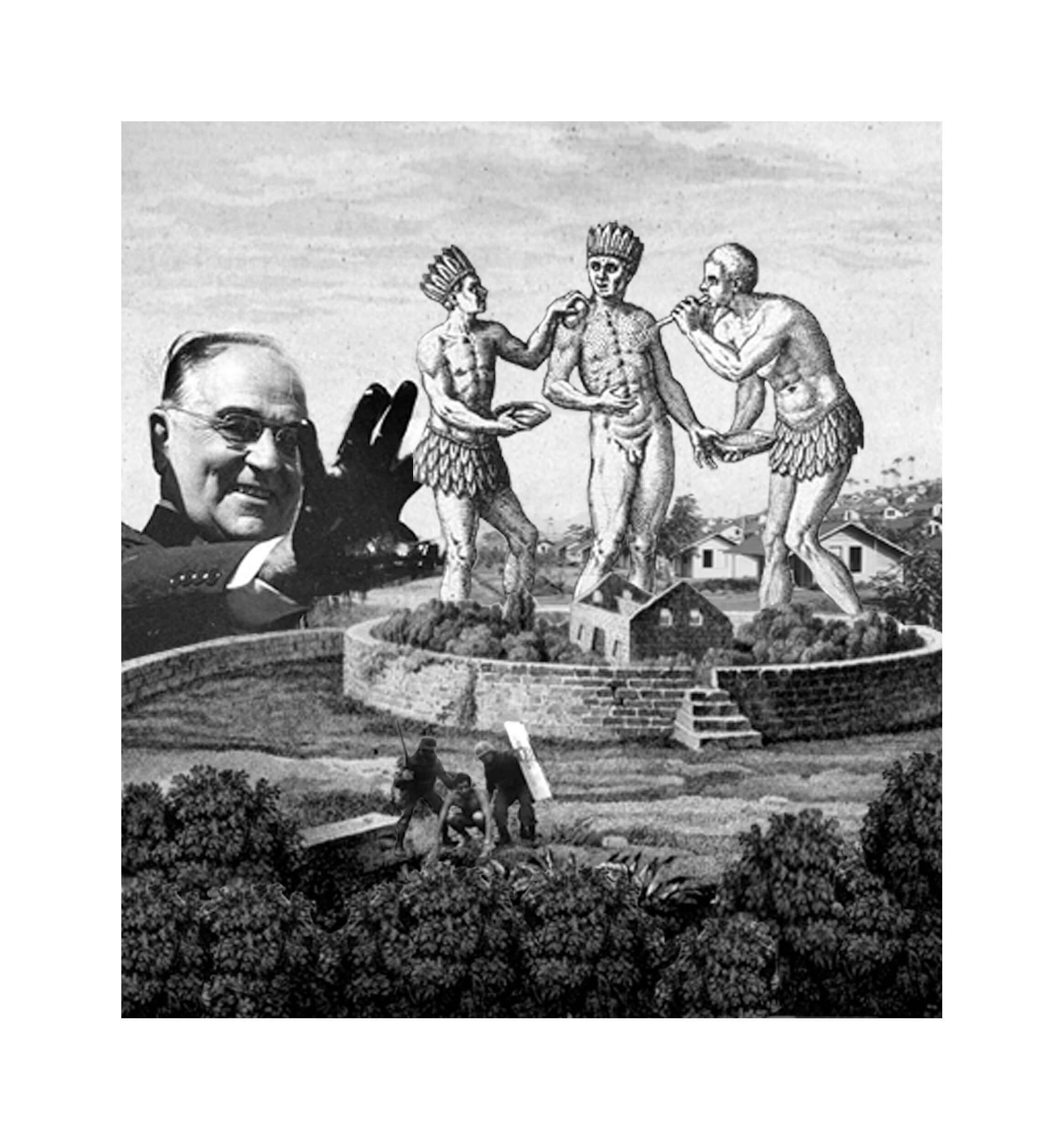 Research and article for New Geographies 02: Landscapes of Energy

Historically, Amazonia has been reduced to two planes of representation: the cartographic and the experiential. The forbidding scale of the jungle –its sheer size, its impervious flatness– has led us to adopt either a vertical point of view represented horizontally “the cartographic,” or a horizontal point of view represented vertically “the experiential.” The cartographic plane depicts the rainforest as a single mass of indeterminate content, a space that can be drawn and parceled out as property and yet still be referred to as a single place: Amazonia. Lines here mean everything; the imaginary is projected as something to be realized. The first-person experiential plane, in contrast, projects an imaginary picture, a truth-claim, that is by necessity locked into the ethos of personal experience, “I have been there, therefore I know”. The commodification of Amazonia by national and international pressures requires, as a precondition, the distance afforded by the cartographic plane. The discourse of the local/social which NGOs and tourists champion, depends instead on the comforting fiction of the experiential plane. The in-between is notably absent. A political boundary means little on the ground; an isolated tribe means nothing to the tracing of an oil block. [extract, p.62]