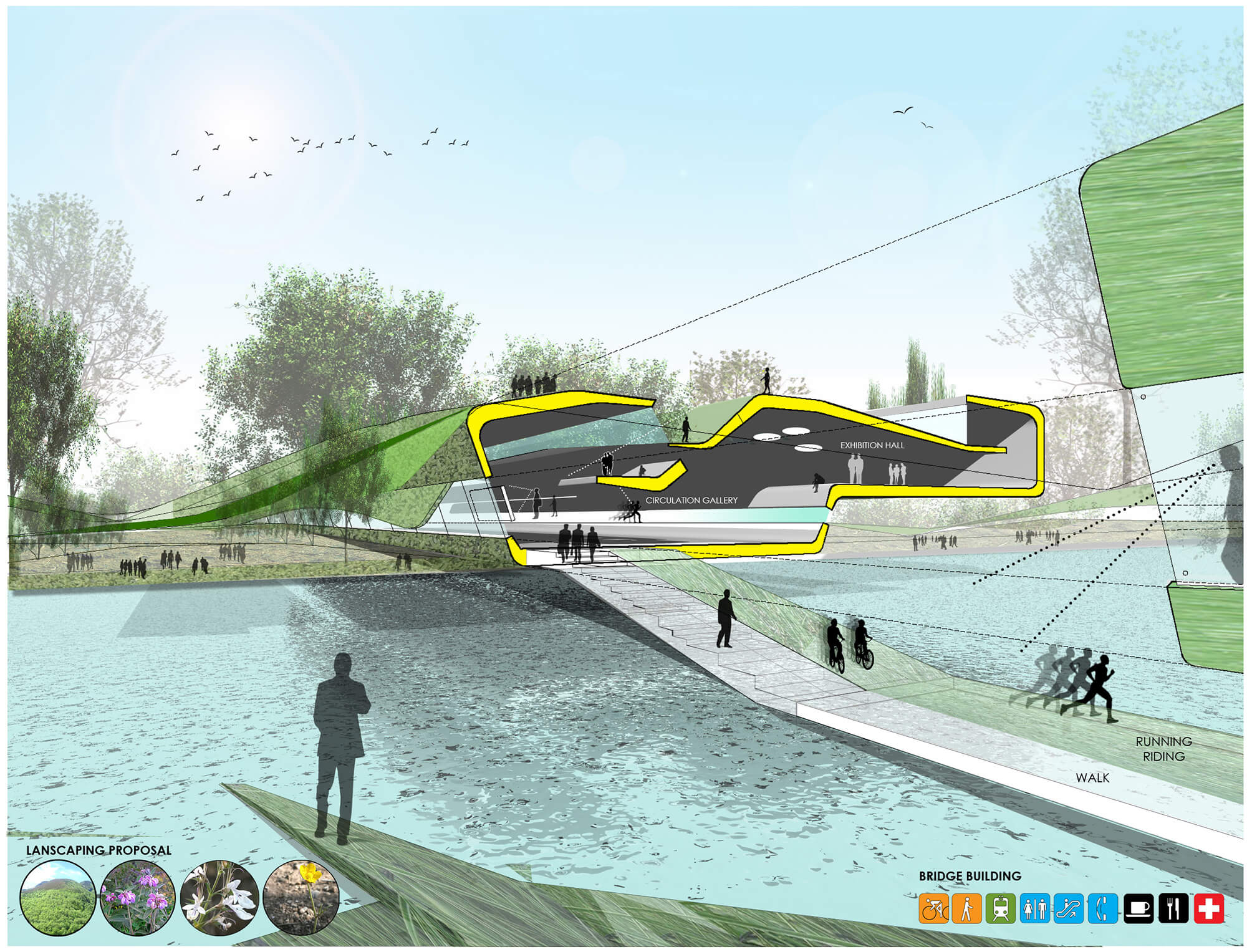 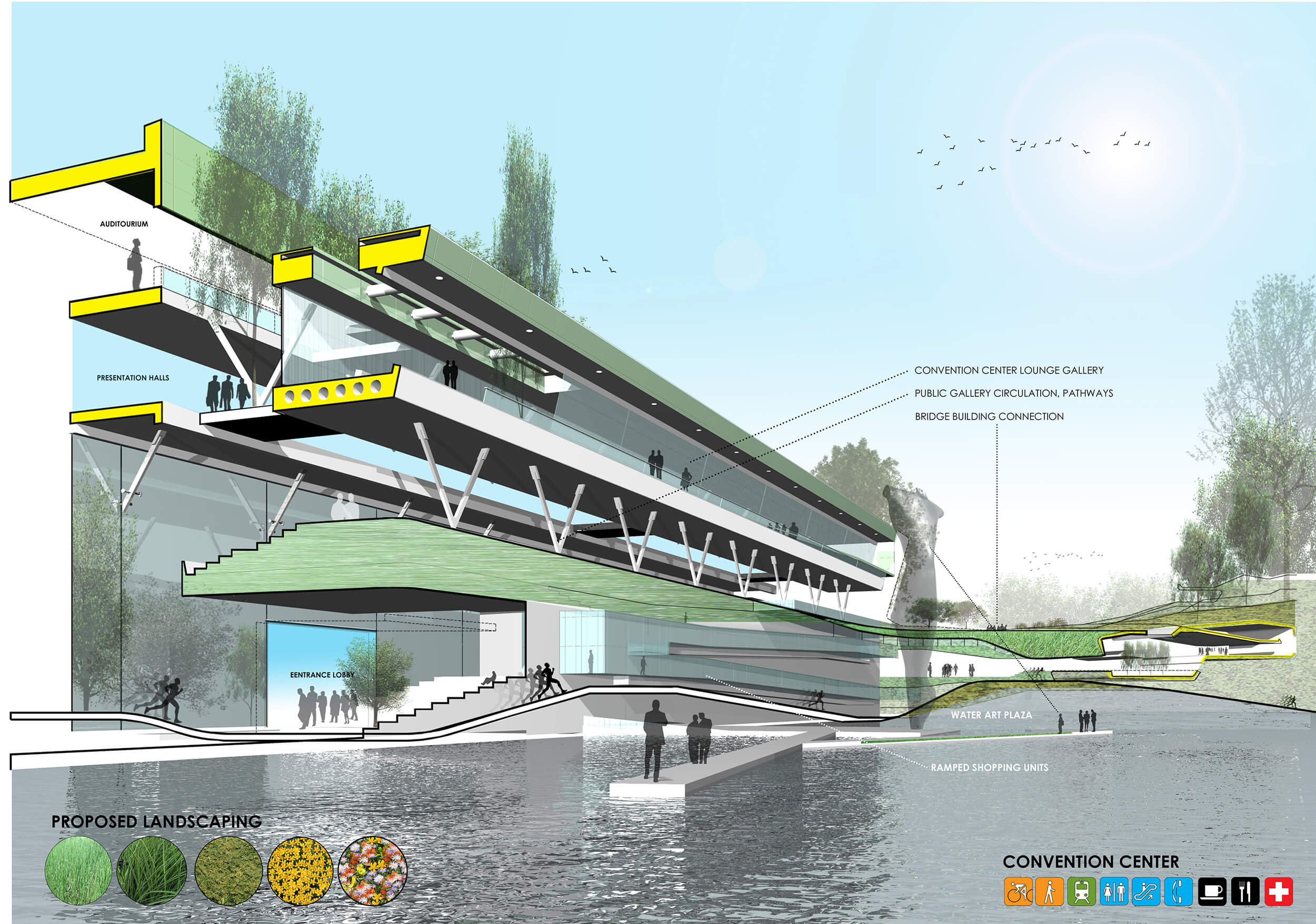 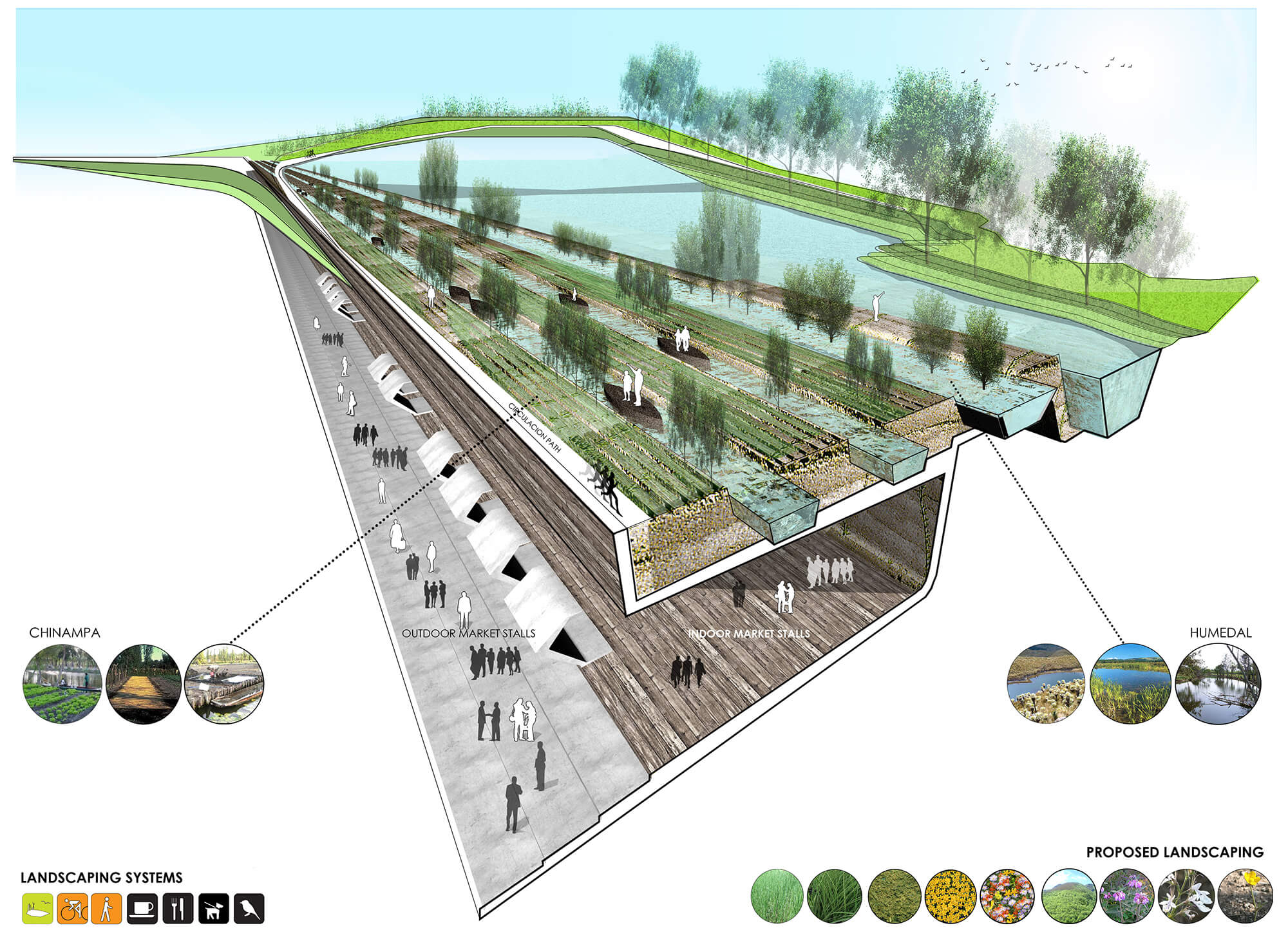 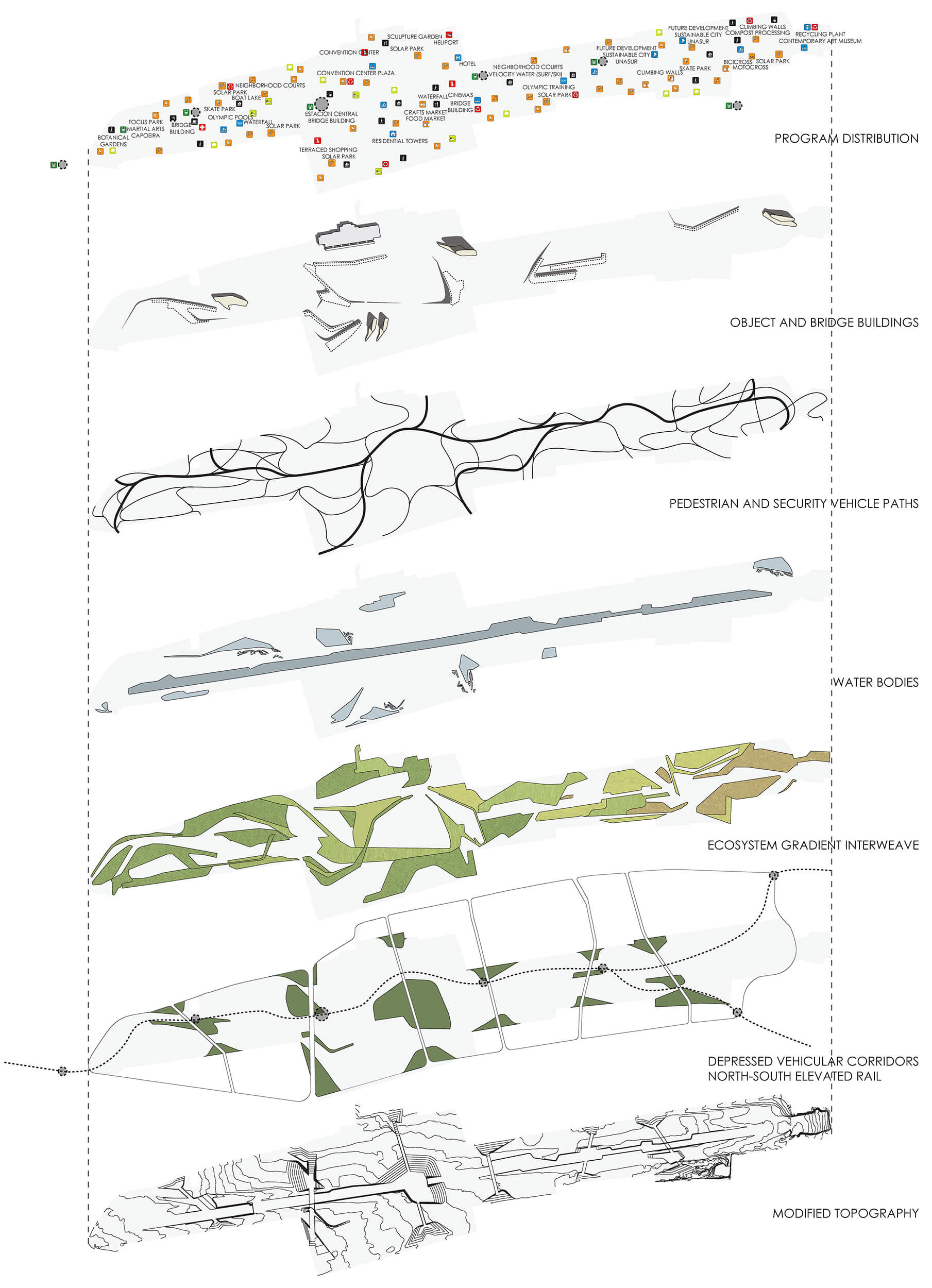 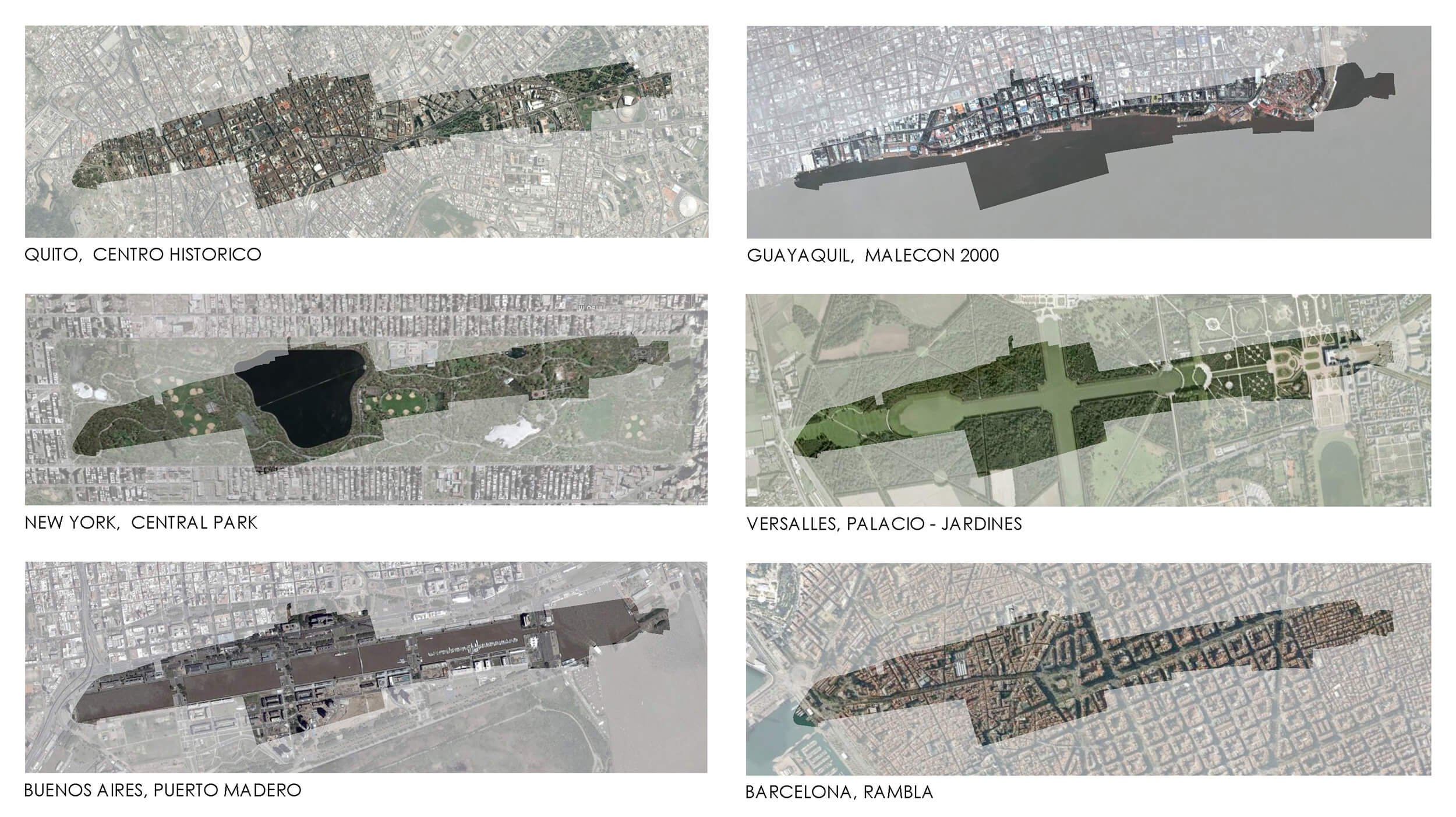 Traditional park design conceives nature and architecture as two independent entities, and typically scatter a series of object buildings and pavilions across a picturesque landscape. In contrast to this conventional way of thinking, this project employs design principles that seamlessly weave together build­ing and landscape, synthetic and organic, indoors and outdoors. The park allows many systems of circula­tion to flow at the same time without sacrificing any means of transportation. Cars cross the park without interrupting the flow of pedestrians, jog­gers and cyclists while at the same time traverse though densely vegetated corridors that turn into short tunnels only at specific moments.

The park defines four ecosystems that gradually change from north to south. These ecosystems re­store the original state of the site and also bring new species of vegetation (ex-situ) that aid with the site’s ecological restoration. Long term phytoreme­diation, to be developed in seven phases (as each of the seven transversal zones of the park are regener­ated) is proposed to counteract soil contamination due to its former function as an airport.

Counting on vast amounts of water from the slopes of the Pichincha volcano and the phreatic level below ground, water is the main organizing element of the proposal. The two systems that compose it are the wetland lakes and the running water line (along the north south axis). While the lakes act as slow filters (using totora reeds and marshes), the line continually circulates water irrigating the park and going through purification processes that then re­turn it to the city as potable water. The runway’s concrete bed is proposed for use as an artificial geological stratification for the water canal, and as a source of “raw material” for terraces and other tectonic elements. An ecology is bound to grow spontaneously in the cracks of the roding concrete.