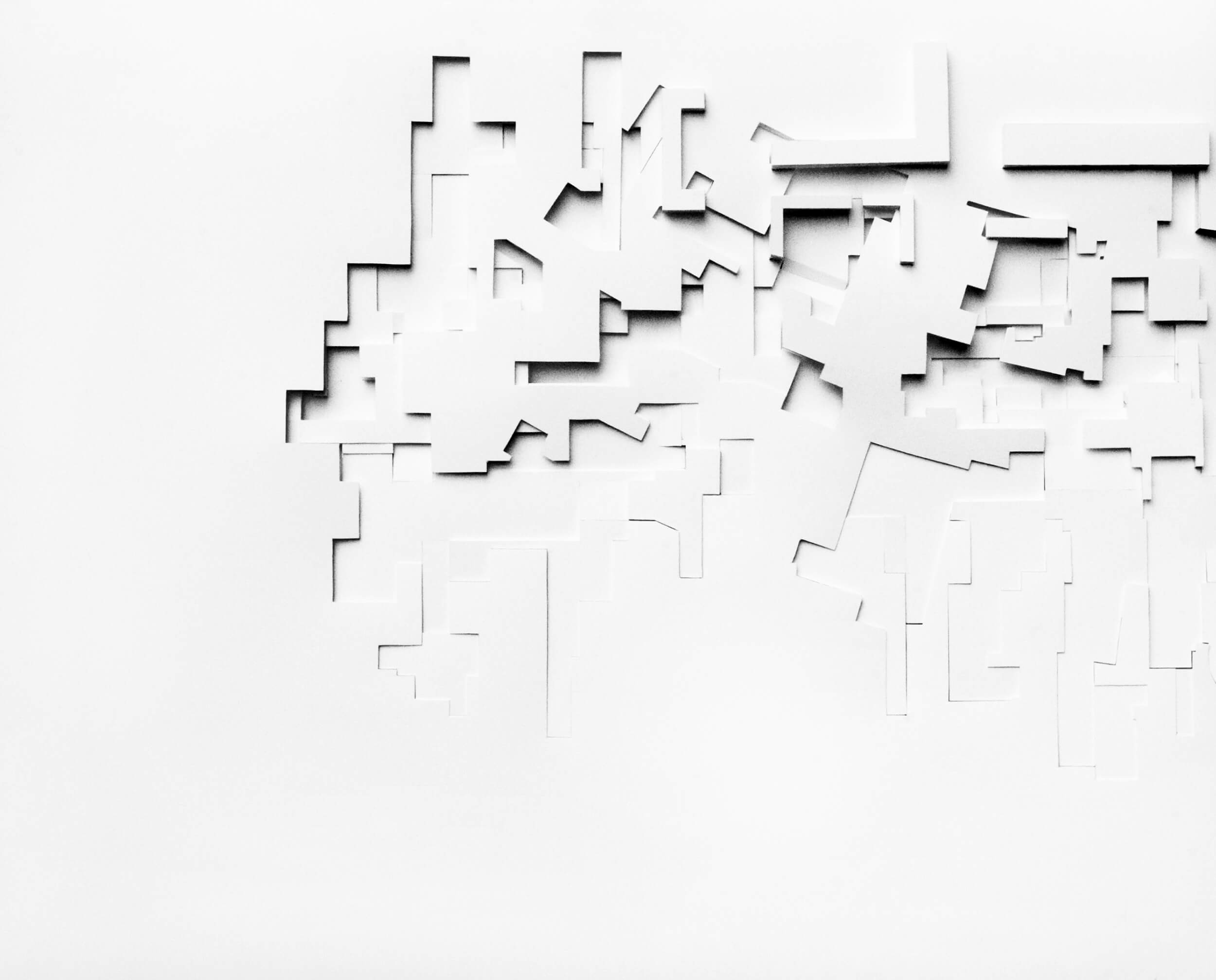 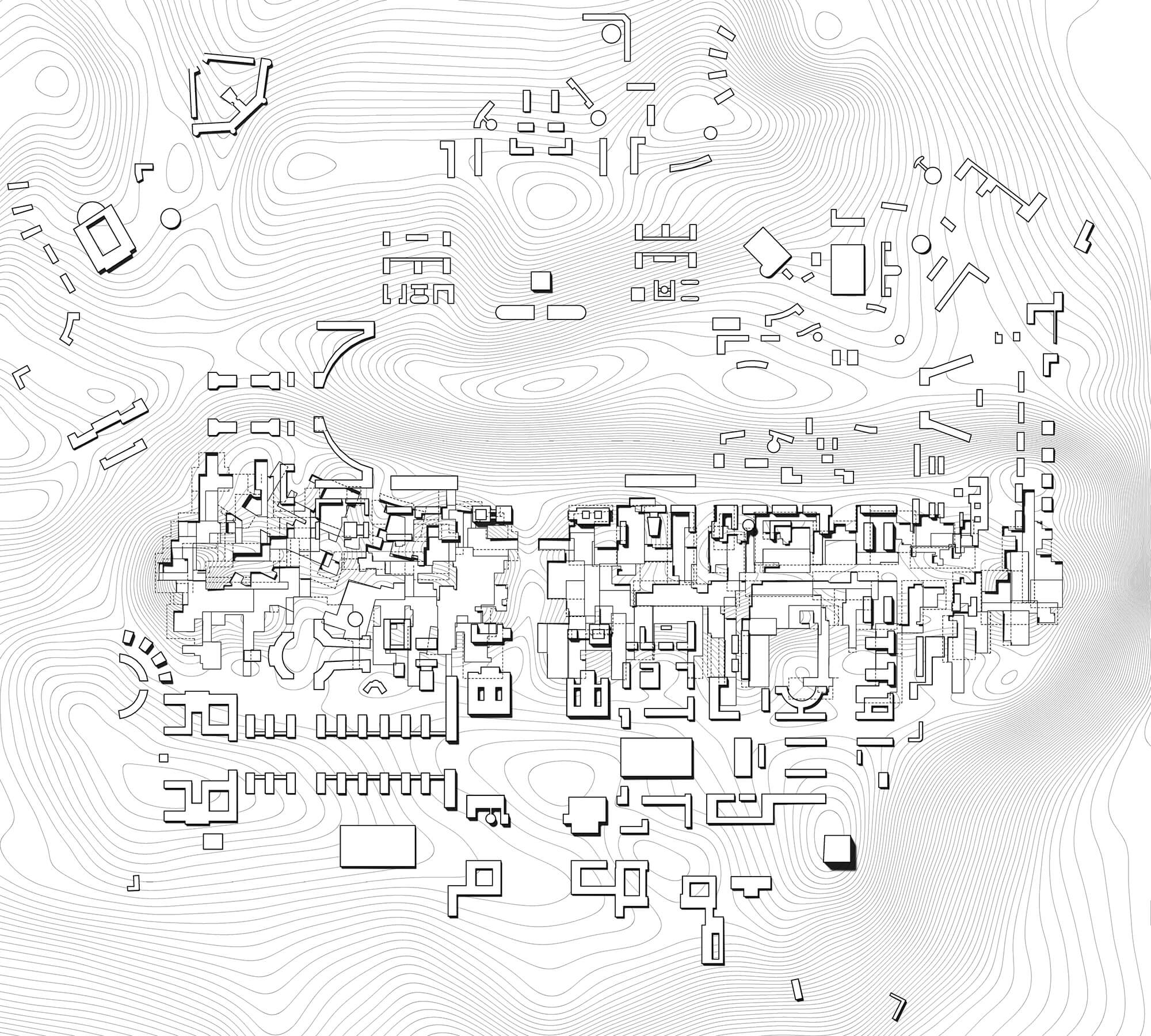 Project Masterplan within the definitive proposal for E42 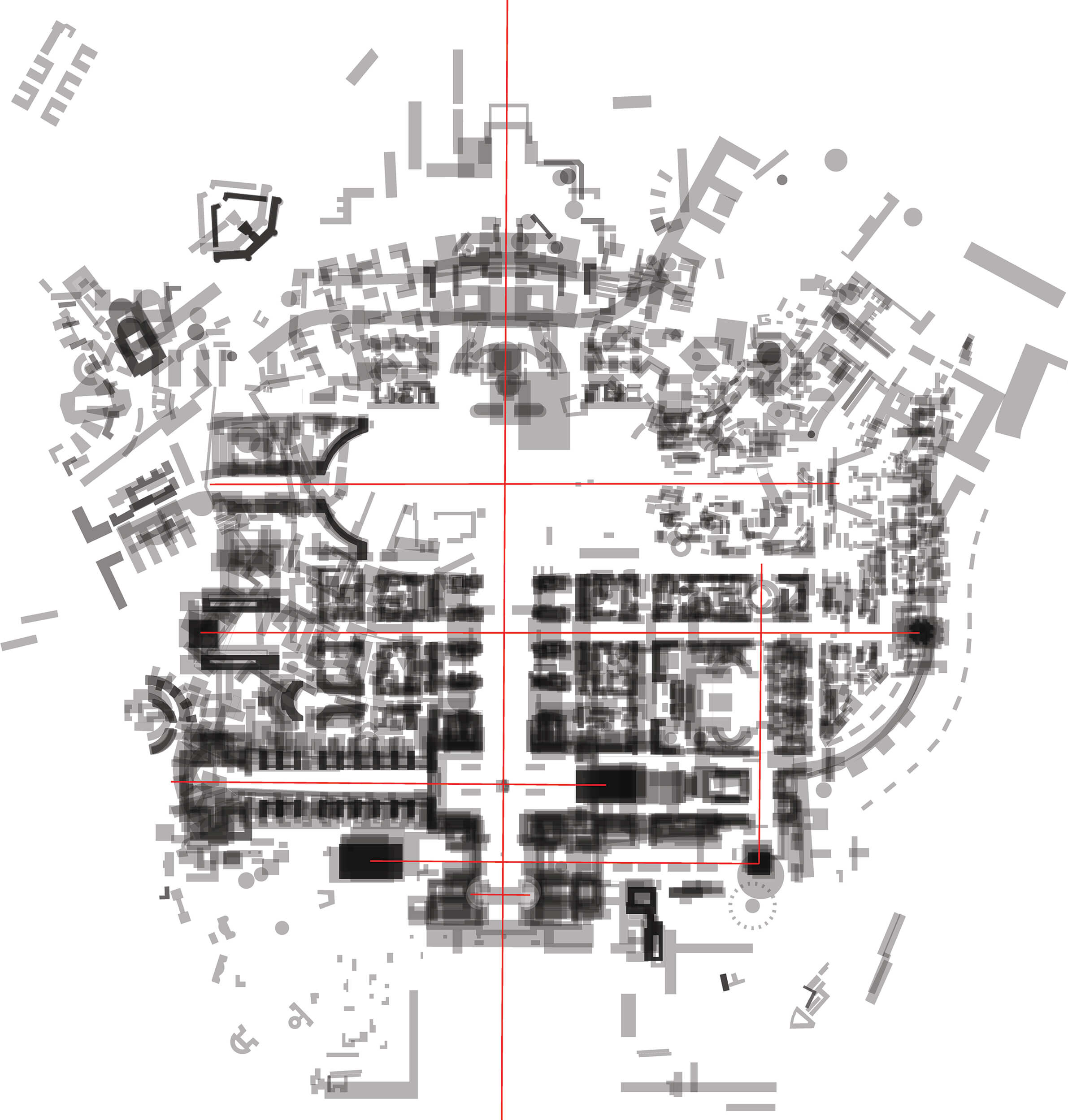 Overlay of the 13 E42 competition entries 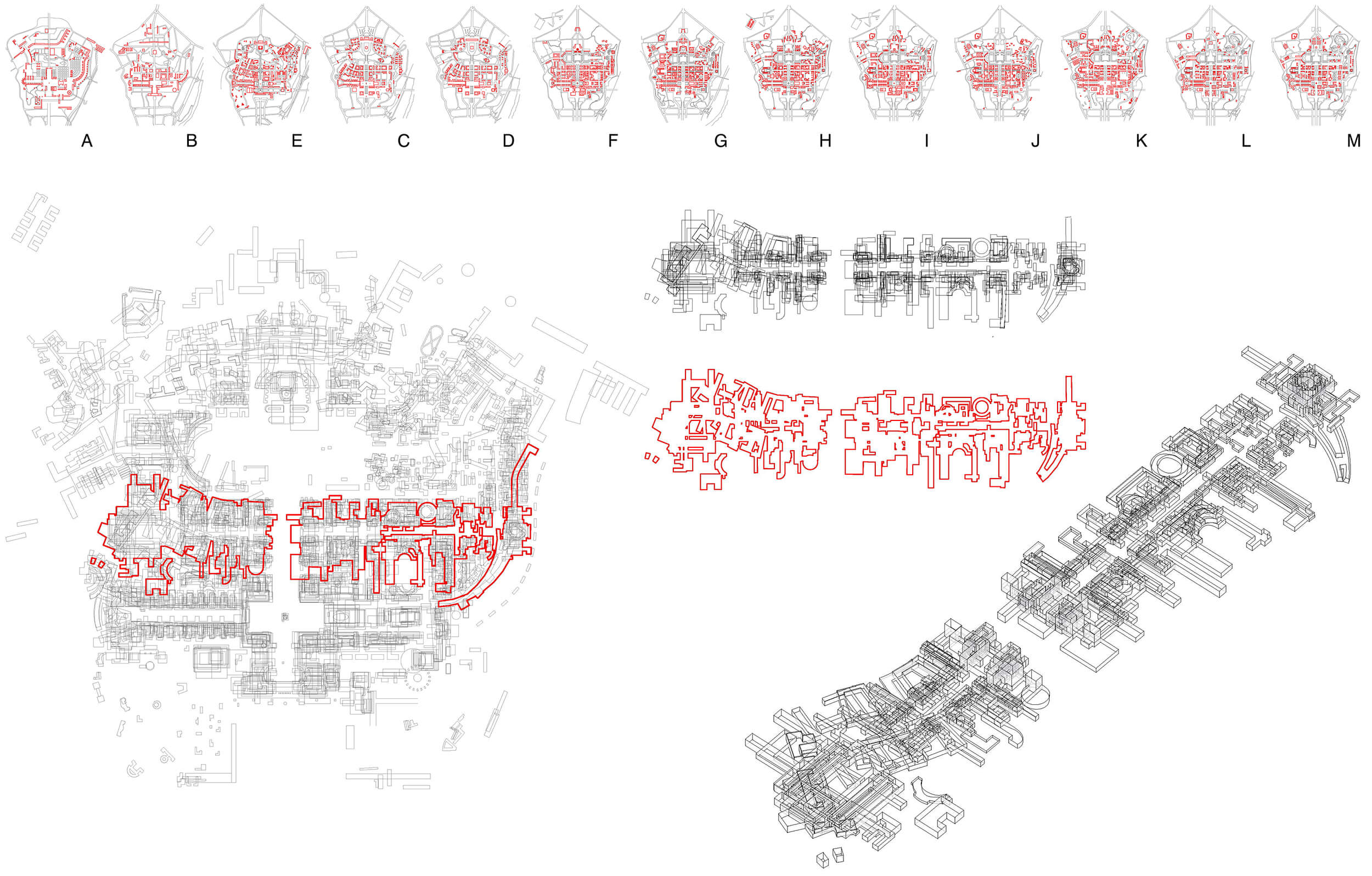 Process diagrams of the Comunicazioni-Chiesa axis 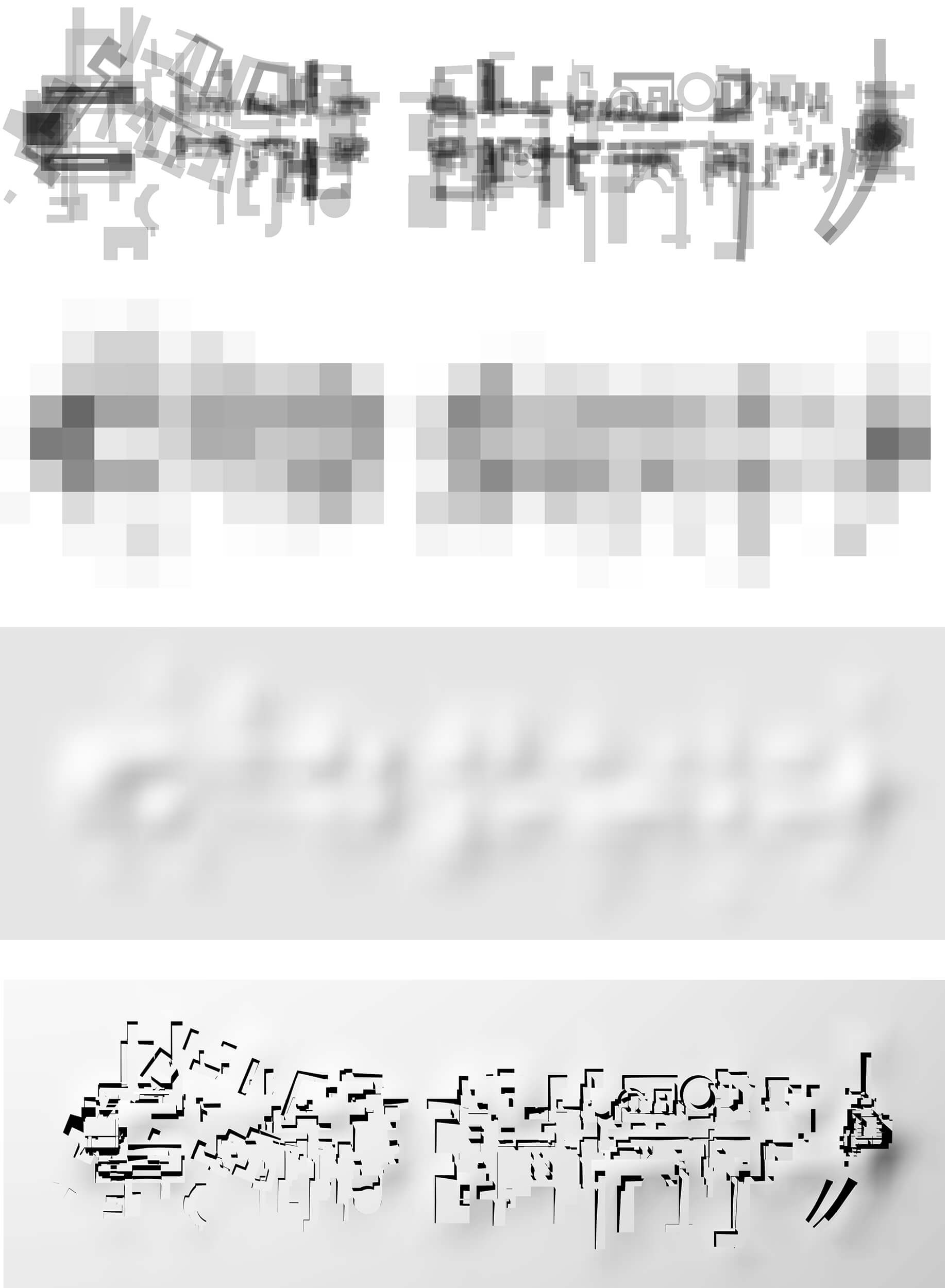 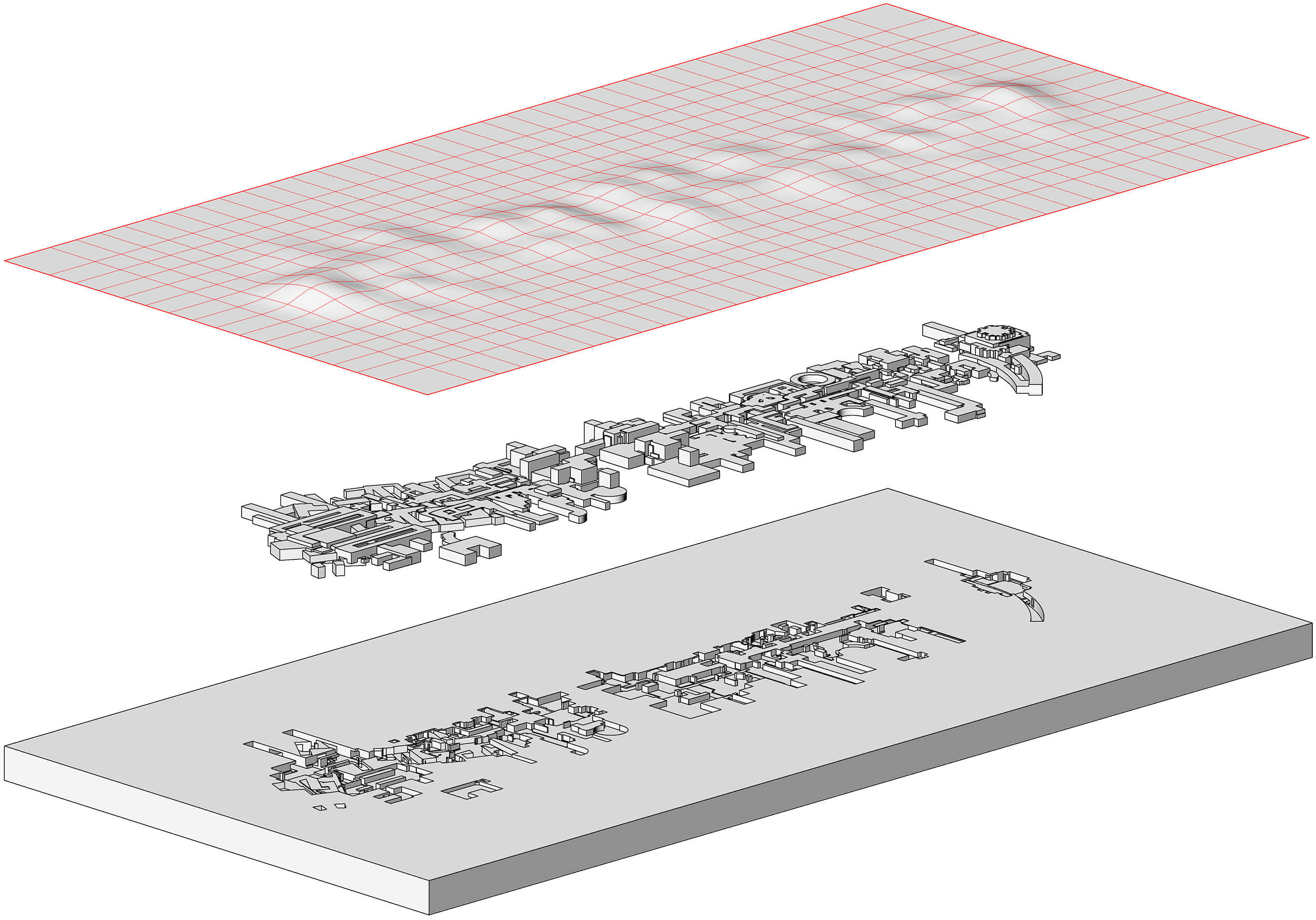 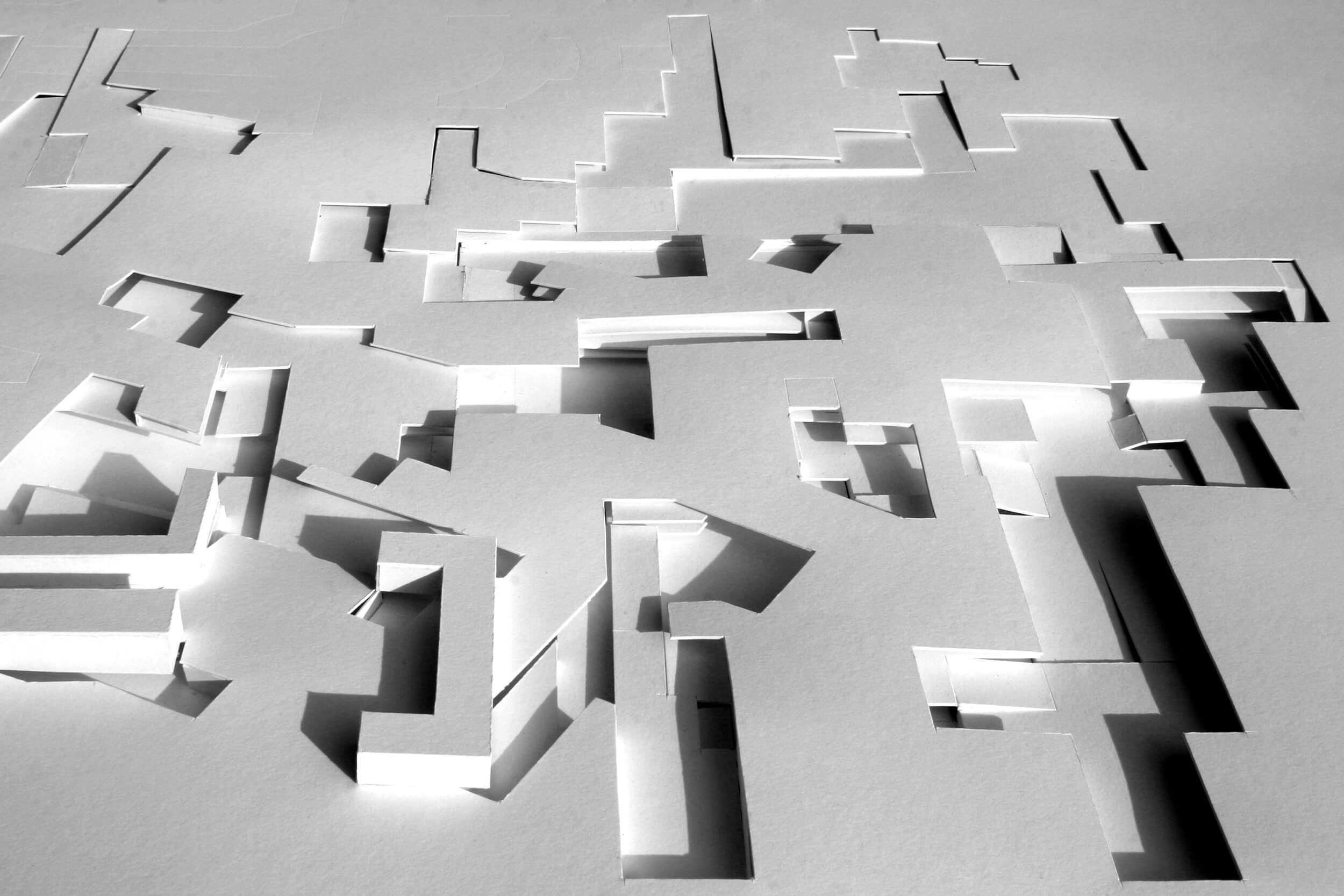 Conceptual proposal for the Comunicazioni-Chiesa axis at EUR, Rome

In collaboration with David Riedel

Between 1937 and 1939, 13 designs for the World Expo E42 plan—later named the EUR— were pro­posed. Mussolini’s aspirations for a Universal Exposition on the outskirts of Rome raised the opportunity for a consensus of an ideal Italian fascist architecture and urban­ism. Finally, the winning proposal, which was partially built, was composed of a series of monumental buildings connected by parallel axes with symmetry and hierarchy as the main architectural and urban concepts. The rigidity and severity of the winning proposal, however, was also found in the other 13 competition projects. The superposition of all masterplans clearly demonstrates how the current political ideology dominated architectural thinking as a whole: ceremonial processions through axes towards monuments.

70 years later, this advanced studio revisits E42, not as it exists today, but as it was proposed in 1937-39. Already with some historical distance, architecture is allowed to look back and question the formal language of fascism through a critical analysis on monumentality, figure-ground and part-to-whole relationships.

This conceptual proposal is an exploration of urban form that departs from the overlay of all 13 E42 competition plans to understand the pieces that compose the collective vision of fascist urbanism, and selects one –the Comunicazioni-Chiesa axis– as a case study to radically counteract, through geometrical and topological means, with a different type of monumentality that blends landscape, city and building.

By “coagulating” the buildings from all proposals, the design strategy used manipulation and subtraction of these objects as a way to avoid the traditional placing of platonic shapes to compose urban form. Instead of a “blank page” over which objects are drawn, the conglomerate of volumetric intersections provided enough raw material that intersected a topographic datum to unveil or hide solids and voids. The resulting architectural language provides the capacity to confuse figure from ground, part from whole.