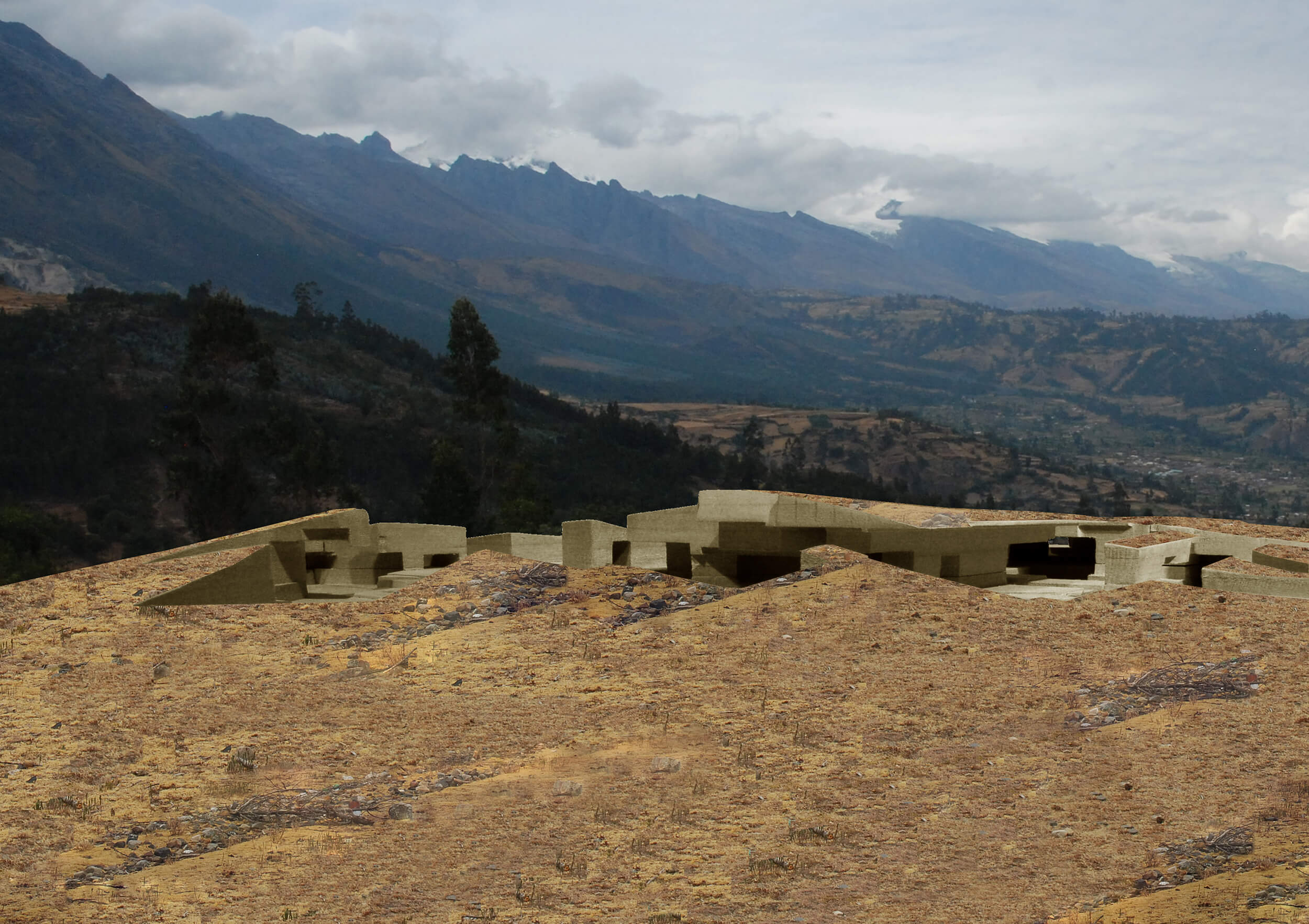 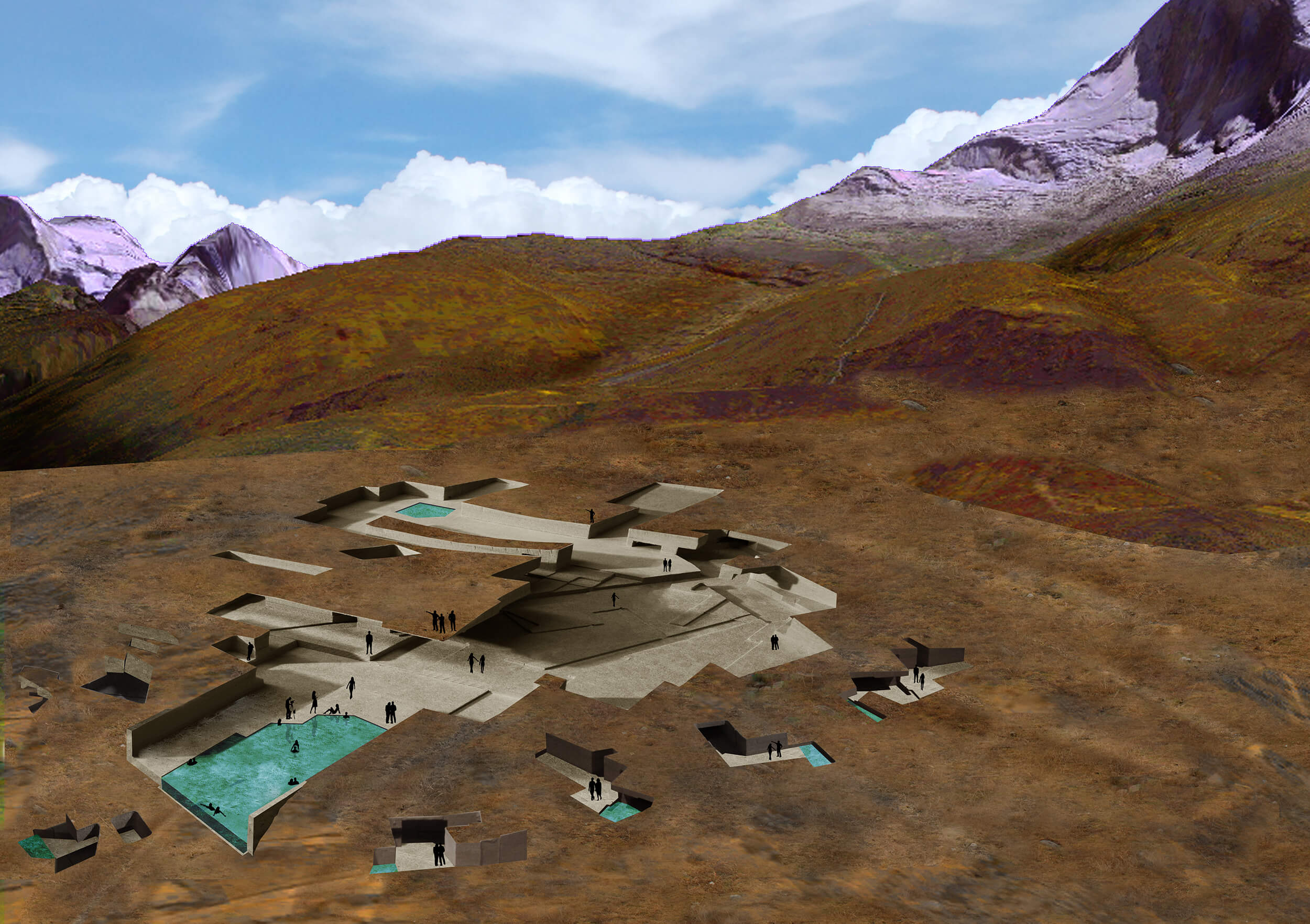 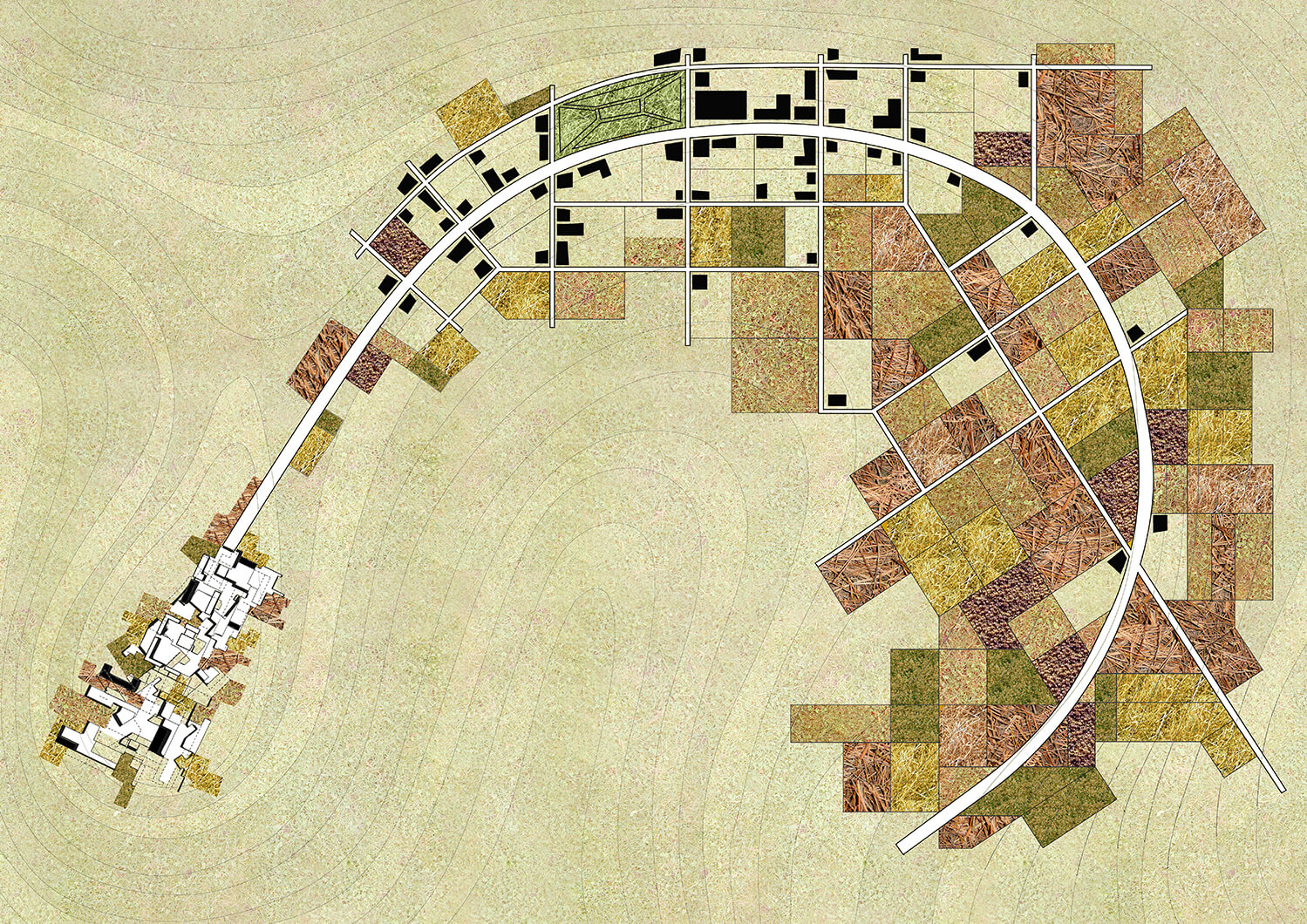 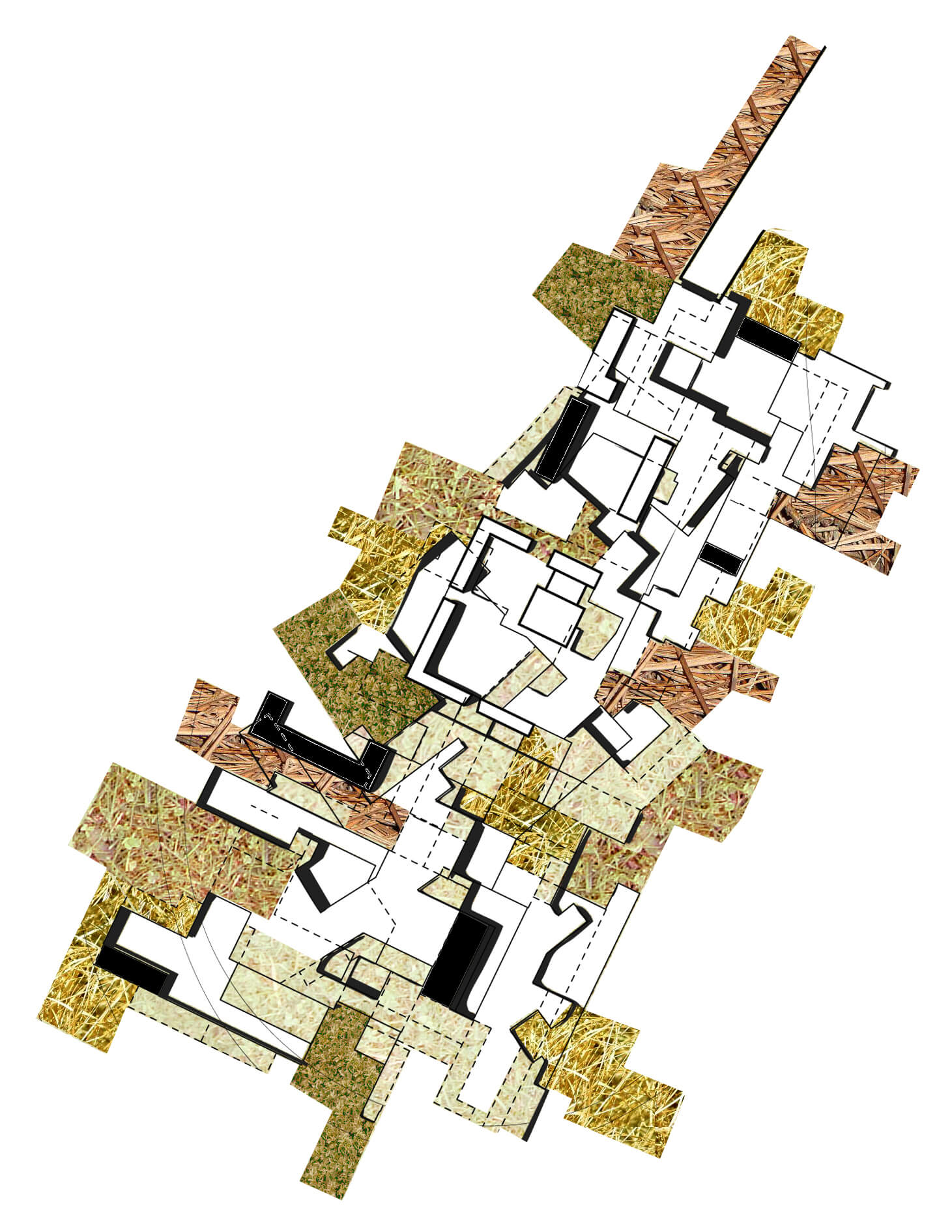 Concept Scheme for a Lodge in The Andes

Callejón de Huaylas is an inter-Andean valley in the north-central highlands of Peru. It is demarcated by the Cordillera Blanca to the east and the Cordillera Negra to the west. In recent decades, it has become a touristic hotspot for trekking and mountaineering, but still lacks sufficient high-end hospitality infrastructure.

The main concept for the proposed project is that the lodge is literally part of the landscape and not an addition to it. The building appears only a few meters before arrival, when a central void in unveiled as the entrance courtyard. The architectural figure-ground relationship is blurred and it’s difficult to differentiate building from landscape. Its shape is defined by the courtyard’s void and can only be fully perceived as a bird’s-eye view from the surrounding mountains.

Earth is the main material used for the resort and is based on local adobe construction techniques common in the area. Its thermal mass is also used as a bioclimatic strategy to reduce the dependence on external sources for interior heating.

Another important objective of the lodge is its relation to nearby indigenous communities. The site plan expresses a conceptual connection between resort, community and agriculture. Even though the hotel would be isolated from human settlements, it should be close enough to have a strong both-way dependency relationship. This presents an opportunity for developing a spatial model of economic/political relations between private enterprise and local community. It belongs to a global trend that integrates local social sustainable development as an indispensable component in tourism infrastructure.